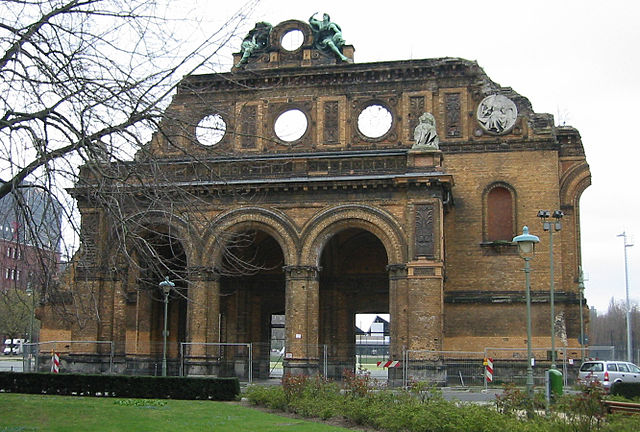 If the ‘arcade’ counts as the best material witness to nineteenth-century Paris, as Benjamin famously argued in his massive historiographic fragment, The Arcades Project, surely the railway – perhaps Berlin’s Anhalter train station – would have to count as the best material witness to German/Jewish modernity. It was, after all, the railway that literally unified Germany in the late nineteenth century and connected Berlin to Western and Eastern Europe in the twentieth – in splendor, emancipation, and horror(…)

Both the railway and the arcade thus became the symbols and proof of their epochs: railways represented progress because they were the technological realization of mobility, speed, and exchange. They also became the first mode of transportation to move the masses, from the formation of mass politics to the implementation of mass deportations. And, finally, both the arcades and the railways eventually fell out of favor, overtaken by some other formation imagined to be faster, more fashionable, more progressive, more opulent, and more destructive. The heady heydays of the arcades and the railway may be over, but their constitutive dreams are still legible in the surviving remains. The physical ruins of the Anhalter Bahnhof and its varied cultural testimonies may be all we are left with, but it is from these remains that we can map the cultural geographies of German/Jewish modernity. The Anhalter Bahnhof represents a paradigm of modernity, one that is already grafted, as a dialectical image, onto these cultural geographies.

This entry was posted in fotografia, imagem, mapa, pos-modernidade. Bookmark the permalink.